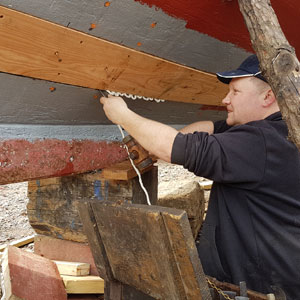 The founder & experienced shipwright Peter Newbery-Thornton grew up around boat yards. From a very young age Peter remembers working in confined spaces inaccessible to adults on Folkboats and Metre boats, including his parents’ Uffa Fox 22 Square Metre (Waterwitch II) and later an International 6 Metre (Catherine) and the complete rebuild of a SCOD (Troika). He continued to work on boats and made pocket money from buying wrecked dinghies and then with some help restoring them and selling on repeatedly - in hindsight what a great way of keeping a young lad busy.

Peter started his shipwright apprenticeship in 1987 at Porter Brothers in Emsworth and completed it at Shamrock Quay, Southampton working with Bob Hatcher and Barry Honey restoring and maintaining classic yachts. Peter then moved out to Lefkas, Greece to work for Contact Yacht Services for two years maintaining large private sail and motor yachts. He returned to the UK to help finish the construction and fit-out of a luxury Dutch style barge for his family business.

In 1995 Peter retrained as an AutoCad design engineer, later moving into the internet marketing industry where he remained until 2009, running his own companies and working up to senior level in several Dot Com businesses until the call to return to the workshop became too strong to resist.

Peter has built the company from starting on his own in his sister in-laws garage to a 3700 sqft industrial unit, with a small team of very experienced people. 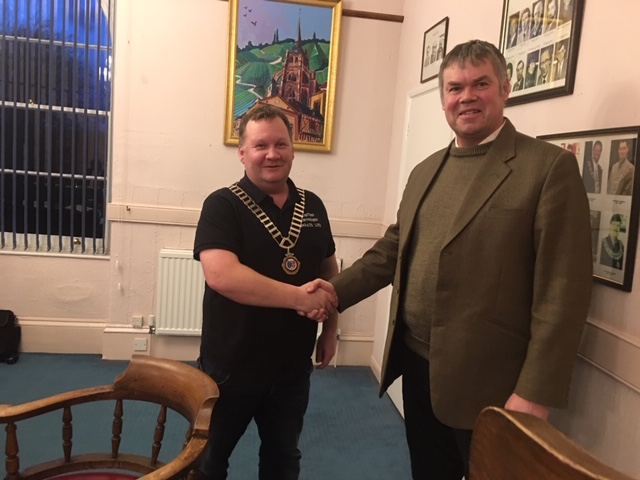 In March 2019, Peter was made Chairman of Newton Abbot Chamber of Commerce for a two year term.